The first Superenduro race in Italy was organized in Coggiola ( Near Milan) last week.
More than 450 riders were registered at the start even if the extremely adverse weather condition influenced the numbers. 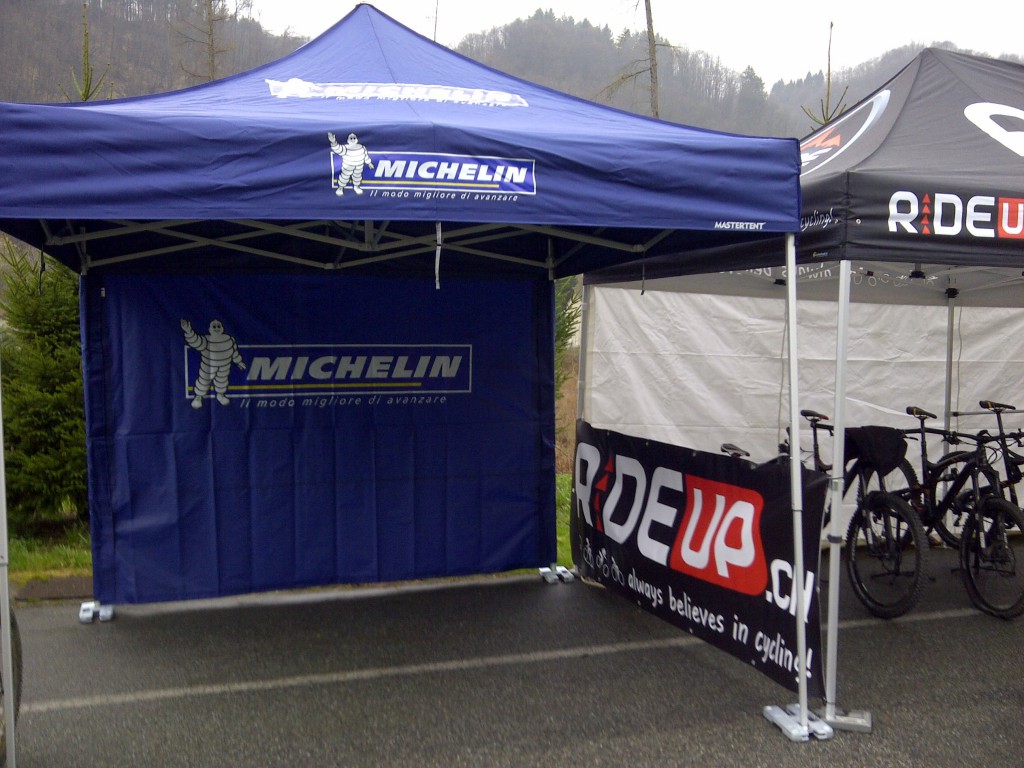 I spent Saturday evening  in the hall of the hotel preparing and cleaning the bike after a whole day of training under a constant and consistent rain. New Michelin tires were mounted on the new Novatec Diablo wheels and I made the Mach 6 carbon frame shining.
Sunday morning I woke up , I looked outside the window of my hotel and it snowed like hell!! The motivation to dress up and go to the starting line was for sure not at the top, but after a good breakfast and the last set up on my Pivot Mach 6 I went to the start. A short interview with both journalists and the race speaker and let’s start the 2014 season. 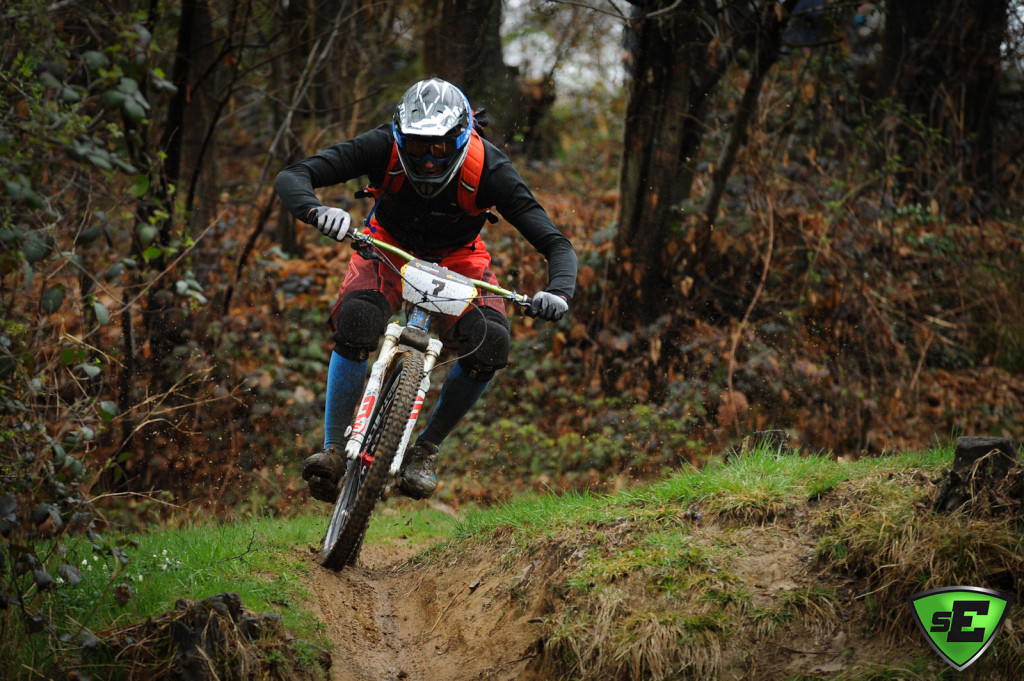 Some of the most popular riders of the world were there ( Remy Absalon, Cedric Ravanel were only few of the important names registered)
After less than an hour the weather decided to let us race and it stopped raining.
The organization committee have planned 3 runs on 3 different tracks.
My condition, since we are at the beginning of the season and I’m mostly concentrated on downhill activities is 70%, very good to be at the start of the season but not enough to compete with professional riders like Absalon and co. 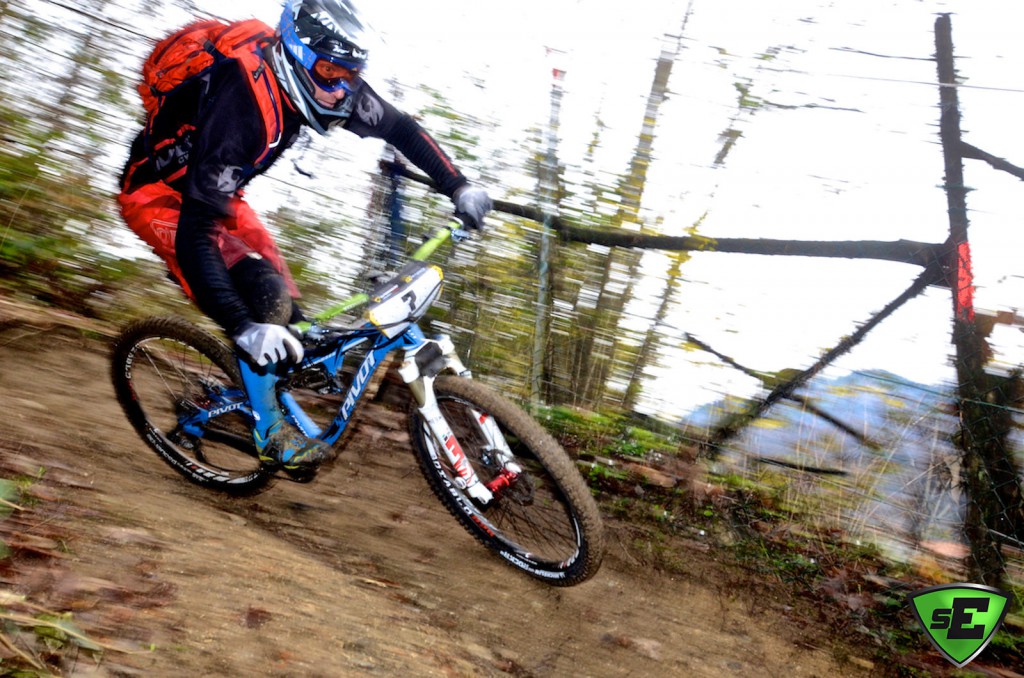 All the 3 runs went smoothly with only some mistake due to the muddy condition, at the end of the day I’m first in my category!!not bad as a start of the season.
Next week it will be the time of the first Superenduro PRO in Sestri Levante. The Registrations are sold out. 550 riders at the starting line!!!! 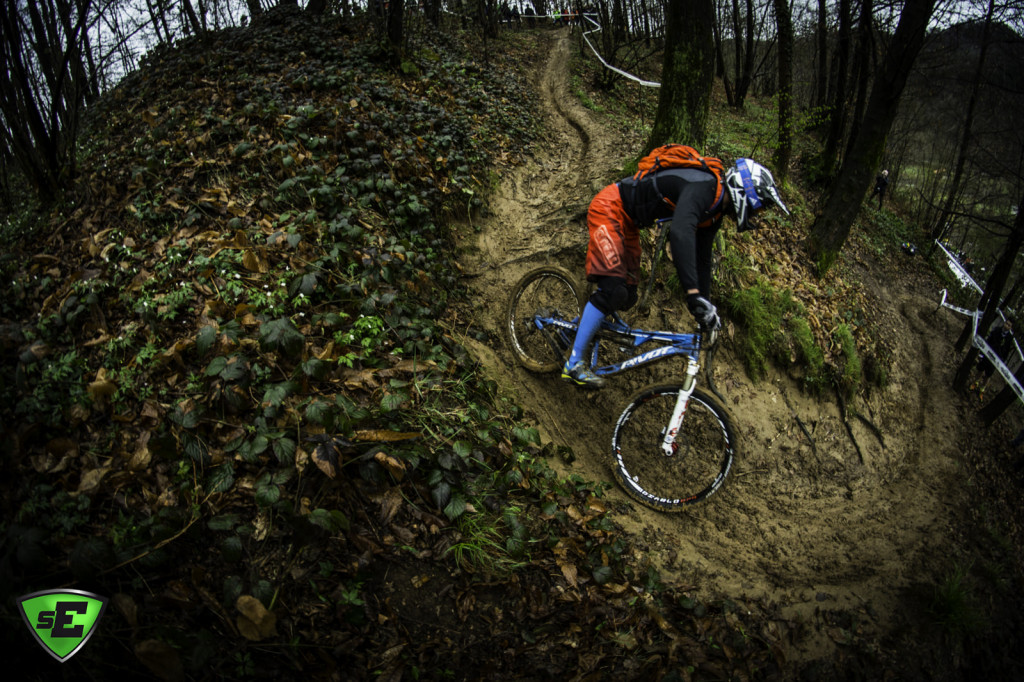